Our groth is based on relations of mutural trust with our clients and on the loyalty and expertise of our staff.

1. QBI was established in 1980 and until 2003, QBI was representing exclusively in the Greek market food companies of international status such as CAMPINA MELKUNIE B.V, SARA LEE/ DE, DEL MONTE, HEINZ, GRANAROLO, PARMAREGGIO, ST. CLEMENS and others.

2. In 2004 QBI was acquired 100 % by CAMPINA MELKUNIE B.V and was renamed to CAMPINA HELLAS S.A (CH). The strategy from 2004 until 2010 was to focus mainly in the sale and marketing of cheese products, produced by CAMPINA B.V

3.  After the European merger between FRIESLAND B.V and CAMPINA MELKUNIE B.V, in 2011 QBI was reestablished as an independent company with following representations:

4. In July 2015 QBI was acquired 100% by the company OPTIMA SA. OPTIMA is one of the 2 biggest cheese companies in Greece with annual turnover of 120 million €. 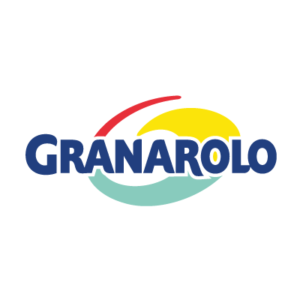 5. In April 2017 GRANAROLO SpA acquired 50,01% stake in QBI. This acquisition will enable Granarolo to consolidate its operations in Greece, a market where the Group has been selling Granarolo products for more than 15 years through QBI, which is actually the leading brand in Italian fresh products in Greece. In addition, this agreement will reinforce the importance of QBI as a regional player since it will be the center for expansion to the Balkans and Cyprus.

6. QBI will continue its operation with existing top management and organization structure. QBI serves all the major retail chains in Greece, as well as the main wholesalers / distributors servicing small food outlets and the Horeca trade.

8. QBI is selling on an annual basis 6,500 tons of cheese which represent approximately 10% of total imported cheeses in the Greek market.